When you book with an account, you will be able to track your payment status, track the confirmation and you can also rate the tour after you finished the tour.
Sign Up

Or Continue As Guest

When you book with an account, you will be able to track your payment status, track the confirmation and you can also rate the tour after you finished the tour.
Sign Up
220

Silent Steps would like to invite you to join us on this challenging adventure through unchartered territories, hiking the notorious Death Acre in Angola!

The Death Acre (‘Doodsakker’) is on the West Coast of Angola between Foz do Cunene and Tombua. This route is extremely dangerous because the waves crash against the dune face, making it impossible to drive and the only way through is hiking at low tide. Whilst this route proves to be challenging for drivers of 4×4 vehicles, imagine negotiating this terrain on foot!

Combined with the excellent planning and guidance of Frans de Witt (our experienced guide and concession holder), Silent Steps is planning to give at least 20 hikers the opportunity of experiencing this challenging but exhilarating excursion at the lowest of tides and optimum weather conditions during April of 2021.

It was during 2005 that Anette Grobler (founder and CEO of Silent Steps) became the first person ever to hike this coastal desert solo and unsupported. Anette started her brave solo hike at the Mouth of the Cunene River in the South of Angola, and completed her hike some 317 km further at the town of Namib or Mocamedes (as it used to be called). In 2018 she took 7 hikers and 7 drivers back to Angola where they hiked a distance of 70 km through this coastal desert, also starting at the Cunene.

Raising the bar once more, Silent Steps will be returning to Angola in 2021, taking 20 hikers and 20 drivers on this life changing experience to hike and or drive the notorious Death Acre. Hikers will cover on average 20 km per day for a total of 5 days starting at the Mouth of the Cunene, going past the Death Acre 50km stretch that can make or break you, finishing some 100km further in the Namib desert. Drivers will not join the hikers every night but at least every second night. They will be giving hikers the authentic and complete experience of the Namib viz., its wind, wild animals including the brown hyena and ghost crabs at night.

After 5 days of hiking, the group will make its way back to Lubango via the interesting Leba Pass. This amazing Pass is named after Serra de Leba, the Portuguese woman who designed and built the road. Sadly, she passed away on the very day that she viewed the completion of the project. The Leba Mountain Pass is a breath-taking ride, one without the giant potholes experienced elsewhere in the country. Log winding bends make it possible to climb 1500 m in only minutes.

Upon arrival in Lubango, we will check into our accommodation and then make our way to the Cristo Rey (Christ the King) statue overlooking the southern city of Lubango. This 30 metre tall, white marble statue of Jesus built in 1945 is only one of three in the world and is a replica of the one found in Rio de Janeiro. 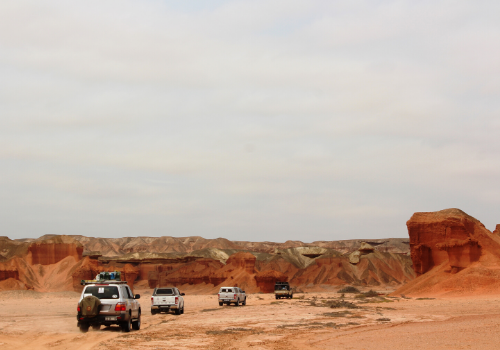 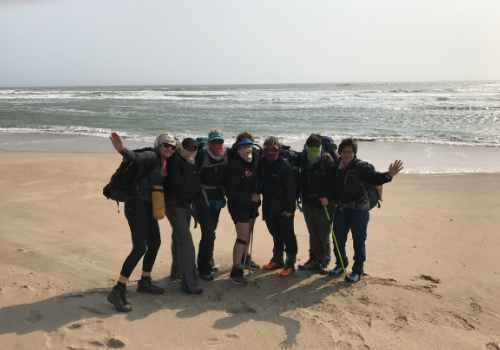 Please fill out this form and we'll get back to you as soon as possible!